Have you ever watched David Lynch’s “Eraserhead” in a darkened theater late at night, with the sound pumped way, way up? The incredible melding of image and sound results in something more than either of the two could ever be alone. Sound designer Alan Splet‘s careful use of deep rumbles, distant industrial sounds, hisses, and early 20th century electric create a sonic landscape which ambushes the senses, colonizes the deep unconscious with its disturbing sonic accompaniment to Lynch’s stark black and white visual cinematic dystopia. Eraserhead’s post-nuclear industrial wasteland of factories, 1930s depression era housing and nightmarish visions which the main character Henry Spencer (Jack Nance) inhabits is all the more ‘there’ by virtue of exquisitely considered, measured and subtle sound mixing which does more than simply than bring the on-screen visual world to life.

Melbourne-based critic film maker and scholar Philip Brophy has written about the psycho-acoustic effect of film soundtracks in his essay The Architecsonic Object. The essay focuses on a case study around Dennis Hopper’s 1988 film “Colors“. His observation is that the film’s carefully organized surround sound actually directly affects the audience by immersing them in a kind of total sonic environment. And that the many overlapping individually spatialized soundtrack elements work together on a kind of subconscious level. He talks about sound in “Colors” helping to create a sense of the film ‘space’ by in part framing notions of environment as they are ritualized and experienced by the warring factions in the film, the LAPD on the one hand and the LA gangs on the other.

I had the great privilege to work with Philip on my 1998 35mm short film ‘Otherzone‘ for which he oversaw the sound design. We used six-channel Dolby surround sound for the final mix. Most of the sound elements had been assembled using Logic Audio software, in synchronization with a videotape of the 35mm edit which acted as the MIDI trigger for the many layered sounds. The slow and steady process of building sound track elements took time, and we were both conscious about how the music (by Ollie Olsen) and the sound in such a dense cyberpunk film would and should overlap and blur. The full effect of digital surround is truly awesome in a large theater with all the surround speakers doing their thing to fully ‘spatialize’ the six-channel sound track.

It was important to Philip that he originate most of the sounds himself. None of the FX came from sound effects CDs, rather being recorded from real life or from synthesizers and then processed on a PC. Phil’s sound effects database was based on a comprehensive list that I provided him. This was in turn based on the visual content of each scene. Everything that could make a sound in our futuristic world did, and had a sound effect recorded for it.

Click here to read on his website about Philip Brophy’s rationale and working methodology for “Otherzone’s” soundtrack.

Just as good movie soundtracks marinate you in real-time in a sumptuous stir fry of sonic and psychological effects, massaging you with bass, treble and everything in-between, certain music genres also seek to place the audience in a certain psychological condition.

Here in San Francisco’s Mission District, deep subsonic bass speakers literally rattle the block at 3a.m. as cars slowly cruise by playing hip-hop. It’s a place where decades- old rituals of turf, music and dress sense play themselves out every day and every night. It’s a theater of street corners and shop-fronts, back alleys, thrift-stores and taquerias. The Mission is where immigrants, artists, activists, gang members, yuppies and a whole lot more besides congregate, rub shoulders, pass each other in a steady dance of the street. The place is alive with sound. Every person and most groups have a unique sound track – from car stereos, boom boxes and from shops, amplified playstation portables, ipods, and live street performance. The sounds all meld together like the opening scene of “Blade Runner“.

On street corners here Gospel music sung live by Baptists surge forth choruses; wave-after-wave of slow blues which profoundly move all but the coldest of hearts to tears. Reggaeton is ubiquitous – since the early 1990s, it has been a form which has hybridized hip-hop with Latin beats and in doing so has forged a uniquely global urban sonic texture which could arguably, like hip-hop itself only have emerged at the time it did. A time of personal computers, of global networks, McWorld, of a Latin set of identities framed by ever accelerating forms of international image and sound circulation. Reggaeton so totally about the street. It’s everywhere. Cars, trucks, stores, ice-cream vendors. It infuses the Mission with its intense staccato punctuated syncopated rhythms, defining the lived experience of urban Latin culture for most who live here. It’s a part of life, and it fully aims to be. As Obi Wan Kenobi says of the Force in “Star Wars” – “it surrounds us, penetrates us, and binds the galaxy together”. When urban music works, it is so much more than just music. It’s a cultural adhesive.

Five blocks from where I write, sometime in the early to mid 1960s, Carlos Santana once played live informal casual concerts outside his house on Shotwell street to passers by. When the Bay Area is most itself, the boundaries of the “public” and the “private” melt altogether. It’s the kind of thing that just cannot ever really happen in say Silicon Valley forty miles south. Mountain View, San Jose and Sunnyvale are definitely suburbanized, privatized cultural spaces by comparison. But Reggaeton is there too, just not in as obviously public a way.

Psychedelic music went out of its way to immerse the audience in a sea of sound effects and music ‘effects’ in order to invoke transcendental epiphany in its listeners. One could even argue it was the psychedelic impulse which was behind the amazing soundtrack by Ben Burtt when he went to such lengths to locate, record then manipulate the organic sounds for the Star Wars films. So dense, so layered and so profoundly otherworldly were the sounds in the original Star Wars film in 1977 that it was clear to see how the Northern Californian ethic of trial-and-error, experimentation, and a concern with how sound directly affect the senses (in other words, how much of a trip they were!) was behind them. Being a trained movie editor (the person whose job it is to layer a film’s soundtracks as well as to cut the vision) it is not by accident that George Lucas would in the 1980s and 1990s go to such lengths to seek to standardize high-quality audio playback for film viewing with his THX digital sound system, a competitor to Dolby.

Lucas is from the tradition of American experimental and underground film makers who recorded and processed sound in offbeat and totally incredible ways with their layer-upon-layering of images, like Bruce Conner and Arthur Lipsett (who like Lucas, named his films with almost random number/letter combinations) whose lineage reaches back to the Beat generation, and before them the Dadaists, and Surrealists.

John Cage staged musical compositions that were made up entirely of sounds made by ordinary objects, or no sounds at all. View a performance of “Water Walk” by Cage here for a 1950s TV show called “I’ve Got a Secret”. Ordinary kitchen appliances and household objects are performed like musical instruments. This is sampling done live on TV over half a century ago. See how baffled and taken aback TV host is, and how outraged and amused the audience is at what they assume is a big joke. But it is no joke. Thought out sounds, composed, layered and organized in meaningful ways can open up whole new dimensions, other zones. 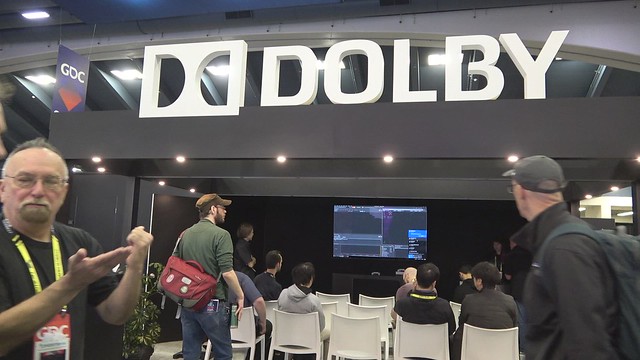